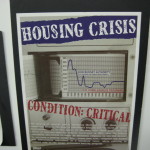 In the United States, there is an overwhelming consensus that we face a severe market failure with regard to housing. There is also ongoing debate, analysis, and no shortage of opinions on how to address the “housing crisis.” In the midst of all this noise, however, lies a deafening silence on the lack of decent and affordable housing as a profound crisis of human rights. Cities and towns across the country have grown rapidly and redeveloped without ensuring that the process of development protects fundamental human rights.

Public housing has been demolished, previously affordable housing has become prohibitively expensive, predatory lending practices have driven countless homeowners into foreclosure, and federal housing assistance programs have been chronically underfunded for decades. In this context, whole communities–mostly poor and working-class–are continuously being displaced from neighborhoods where, in many cases, families have lived for generations. Increasing homelessness, overcrowding, and declining quality of life for millions of families and individuals are all stark reminders of the human costs of the current approach to development. In the UK, to overcome this same issue, companies like The Property Block are developing areas that require more housing. Maybe something like this is needed here?

Raquel Rolnik, the UN Special Rapporteur on Adequate Housing, observed these trends in her 2009 official mission to the United States, having previously noted, “The belief that markets will provide adequate housing for all has failed.” Read the Special Rapporteur’s full U.S. report with recommendations and the grassroots report on the U.S. mission, Our Voices Must Be Heard.

Unfortunately, to date, the U.S. government has not heeded Ms. Rolnik’s call and housing continues to be treated as a commodity to be traded for maximum profit of private lenders and owners, rather than as an entitlement to be ensured for the maximum benefit of individuals, communities and the development of human society. Here are a few eye-opening facts about the current state of housing in the United States: 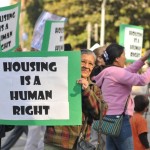 Learn about a growing Human Right to Housing Movement